Build an end-to-end, insight led, customer engagement strategy in just 5 lessons. Learn more →
The most important thing that happened in the UK this month

If you’ve been paying attention recently you’ll know that June 24th was a momentous day filled with very important goings-on.

Principal among these goings-on was of course our latest Hack Day. And it certainly was a good one this month.

Better still, now that we have officially announced the beta of Chat, we don’t have to censor everything we’ve been working on. Hooray!

One of the things we have found ourselves wanting in Chat is the ability to send silly gifs useful screenshots and informative graphics. JT set about seeing how hard it would be to add upload support to our chat client.

As it happens, not too hard:

This is just an early-stage prototype of how uploads could work in Chat, but expect to see it make an appearance sometime soon!

Geoff worked on reviewing some of the internal devops hacks we’ve had over the past few weeks to see how we can adopt them into our production workflows. This was more of an internal project where he worked on presentation to review with the team and outline tasks going forward. Specifically the topics in review were system metrics & monitoring, new server build automation, and managing npm modules internally.

Playing with plans and pricing

For this hackday, James spent a little time designing things. Two things to be precise. 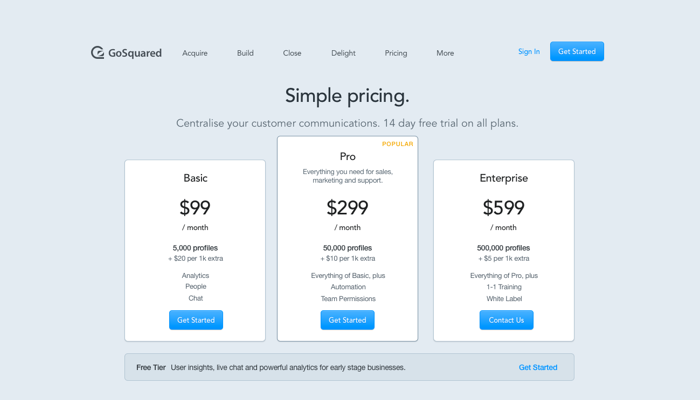 Pricing — James looked at our current pricing page, and experimented with a clearer three box structure to anchor your perception of the price of GoSquared. We’re not sure if we’ll roll this out to test it on the marketing site yet, but changes like this can have a huge impact on the business, so stay tuned. 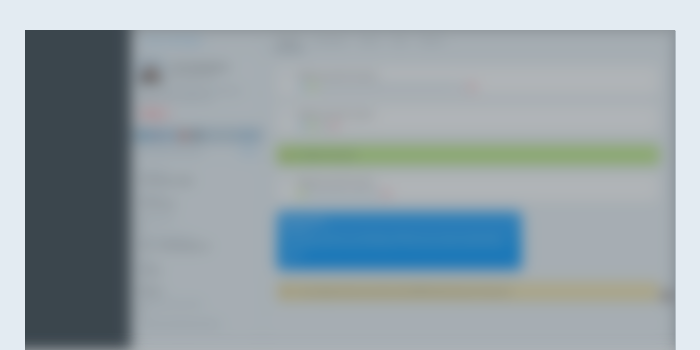 People — James also spent some time thinking about GoSquared People, and how we can improve the profile view to highlight key information more easily, and also build on the improvements we’ve been making as part of the Chat product. Stay tuned for more updates here — we can’t wait to show you more!

Having released GoSquared Chat (beta) last month, Ben has been looking ahead to how we can help our users to understand the conversations they have had. As a simple proof of concept he added a section to the profile view in Inbox showing the number of messages sent back and forth over time.

This is just one of the ideas around analytics for Chat and we’re excited to hear what kind of analytics will be useful to our users.

Help yourself to the iOS App Beta

Since we launched the public beta of Chat, we’ve been offering an iOS and Android app to go along with it. Currently the process for adding someone to the Android beta is extremely easy, however, as many of you iOS developers will know, adding someone to Testflight is a little more involved. Luckily, the clever people at fastlane built Boarding, a little web app to provide an easy signup page for adding yourself to a Testflight beta.

Ed’s hack day project made use of the Boarding project to quickly give us a way to allow anyone to sign up for the iOS beta without us having to go into iTunes Connect and manually add each person. You can sign up for access to the beta app from the Chat section of Project settings.

In the evening Ed also open-sourced his Swift library for the GoSquared API. Ed’s been using it for his previous hack day projects and updated it for Swift 3, and added support for the new Swift Package Manager. You can find the project on GitHub.

A Gem of a Ruby Library

With Ruby being one of the best languages around and a feverish buzz around the Rails 5 release, Russell decided to create a Ruby Gem for our Tracking API. Now all that is required to integrate our Tracking API into a Rails API is a simple ‘bundle’ command. You’ll have access to a Ruby Library in your Rails app allowing you to add contacts from your DB to your people People Dashboard and create custom events and transactions that can be triggered from your backend. The overarching goal is to have a gem for Rails apps that provides a library for our full suite of APIs so stayed tuned for when it’s ready for public consumption.

What actually is a datapoint?

We do our best to explain, but it still comes up far too frequently. Brennan thought it would be funny to increase the visibilty into this problem using our new Zapier trigger — Trigger when a new Chat message is received.

He set up a multi step Zap like this: 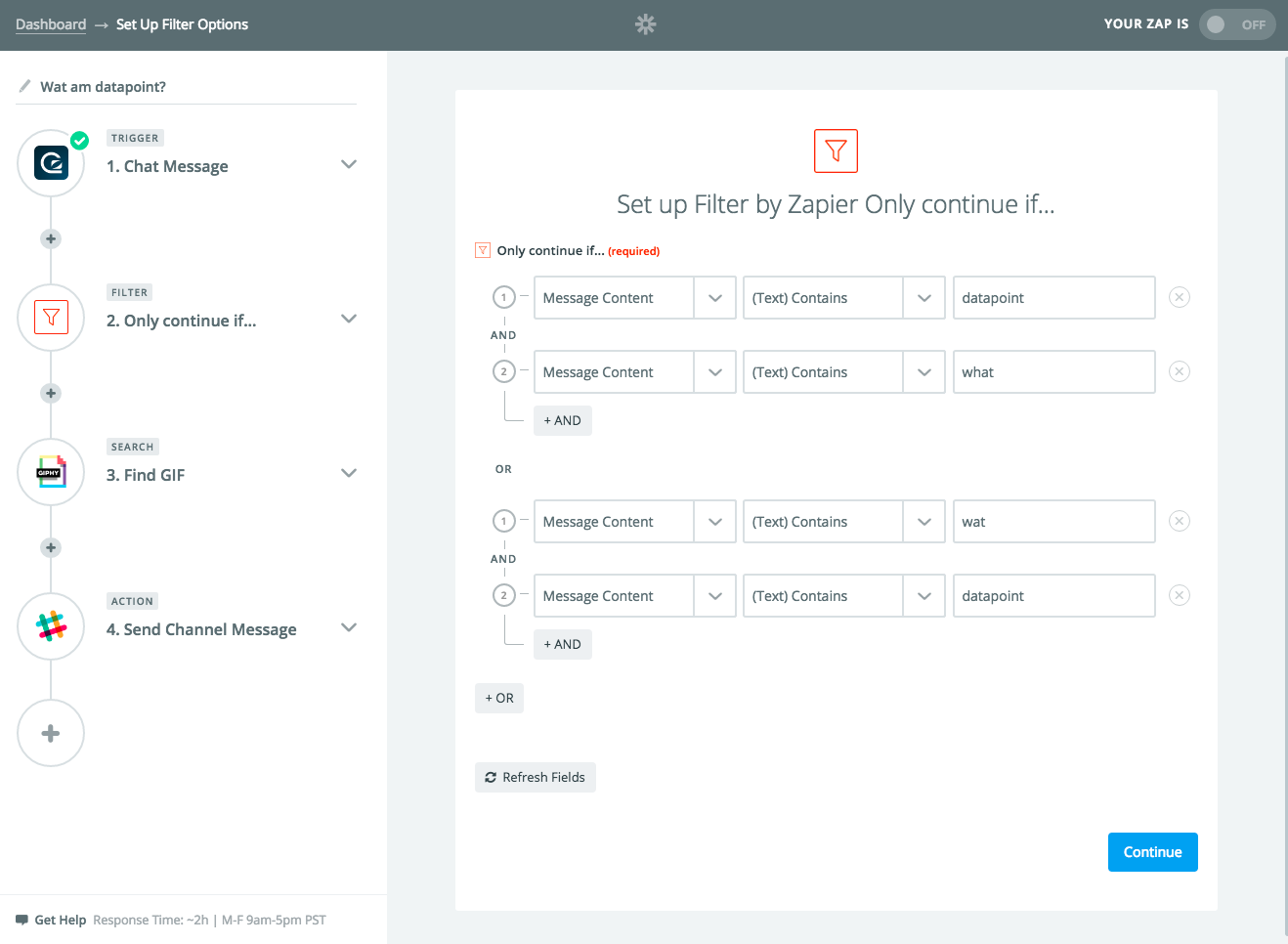 The final result looks like this, which also includes a link to the Chat conversation where the question was asked.

That’s all for now, folks! Tune in next time for more news from the GoSquared team!