With Apple’s Worldwide Developer Conference (WWDC) just hours away, we thought it’d be a great time to revisit our OS X Mavericks adoption stats. The graph below shows Mavericks usage as a percentage of total OS X traffic.

Apple are enjoying around 52.3% global adoption of Mavericks, what is until probably later today the latest Mac OS. At times we’re seeing Mavericks usage accounting for as much as 65% of all pageviews from Mac OS traffic. With Mavericks now installed on a majority of MacBooks and iMacs, we expect Apple will be hoping for similarly rapid and widespread adoption of OS X 10.10. A major refresh is expected to bring Mac closer to iOS and make mobile and desktop devices more complementary. Reaching over 50% of users barely six months after release is certainly impressive and no doubt due to the fact that Mavericks was available as a free upgrade. 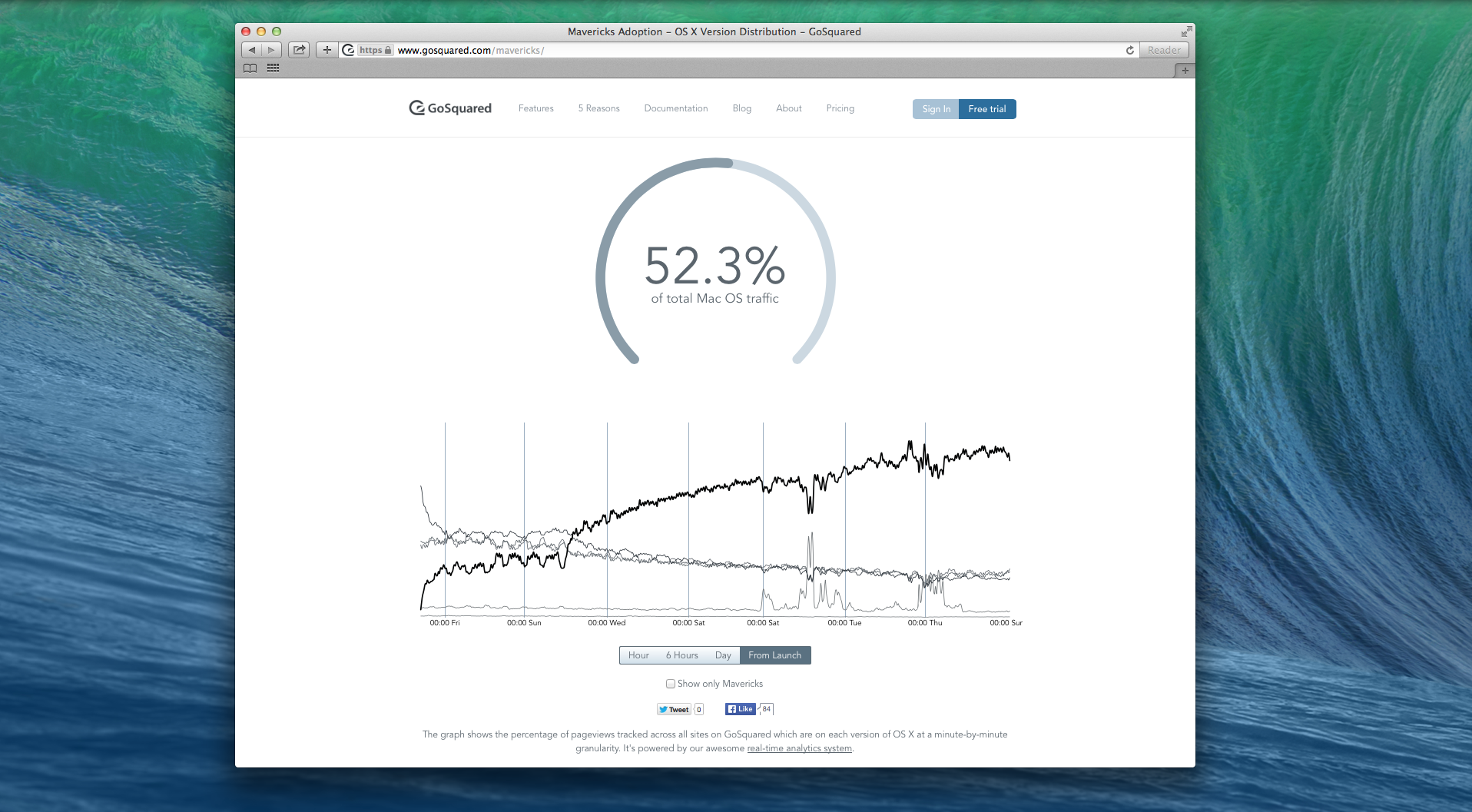 Mavericks usage rose sharply to 7% of all global OS X traffic within 24 hours of its release last October. Installs jumped shortly after the 10.9.1 update; users were clearly waiting for early bugs to be resolved before updating. Adoption climbed steadily; passing Lion and then Mountain Lion within months. Mavericks’ usage cut the 50% mark in April this year.

We’ve started tracking OS X Yosemite adoption and will report on adoption once we have some meaningful data ahead of a public release that is expected later in the year. The big question is how long will it take for this latest OS to become the dominant Apple system and if Apple will push future updates to users akin to iOS in order to encourage rapid adoption. Currently, we’ve tracked a small handful of pageviews from OS X 10.10 and iOS 8 devices.

These numbers are aggregated from data accumulated across sites using GoSquared. GoSquared powers analytics for over 50,000 sites around the world – from small independent blogs to governments and large corporations. The data shows the percentage of pageviews tracked from each version of OS X with minute-by-minute granularity. Tracking is powered by GoSquared’s real-time analytics platform.

Be notified about global traffic trends by joining our weekly resources email list.