As what seems like the entire world knows, WWDC is tomorrow.

We are all looking forward to seeing what’s in store for the final version of the 3.0 firmware for the iPhone – we all know it’s going to contain more than what we’ve been shown, but we don’t know what more.

Personally, I think tomorrows announcements will follow Apple’s style over the last 2 years – there will be one new iPhone, and it will introduce new hardware features that will be tempting, but not mind blowing. By this, I mean I think there will be the much rumoured digital compass – that allows, with GPS, for the iPhone to know exactly where you are, and what way you’re facing; there will be a slightly upgraded camera, with a 3.2MP sensor, and (more important to image quality than the average consumer realises) an auto focus lens. I think the 3G will get faster, with AT&T and a number of other carriers upgrading their 3G networks to double their existing speeds.

The much more noticeable changes to the iPhone hardware will be the core power of the device. If we see a doubling (or more likely, an increase of 50%) of CPU speed, and perhaps a doubling of RAM, the iPhone OS will suddenly feel incredibly fast. I would already argue that the 3.0 firmware, which we have been using for the last month at GoSquared, is far less sluggish than when we were all running 2.2, so these small optimisations, combined with dramatically increased CPU and RAM will pave the way towards improvements on an already very slick mobile OS. In fact, many complaints about the speed of internet access on the iPhone will be addressed by a faster CPU – web page rendering is where most of the bottlenecks occur, not as is a common misconception, at the data transfer point. 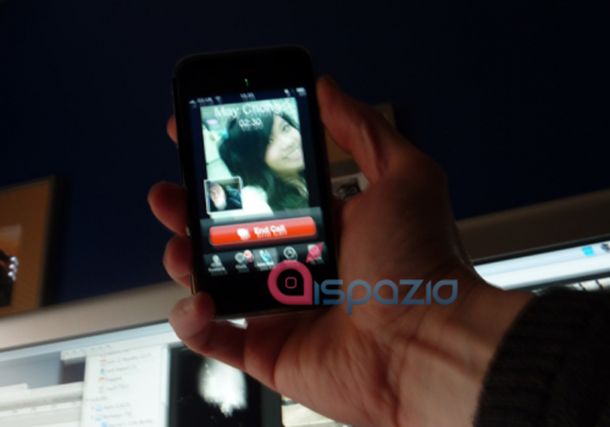 There has been a lot of talk about the next iPhone including a front facing video camera for video chat and for Photo Booth style self mockery. However, I can’t see this happening this year. Apple has filed a ton of patents on video conferencing with the iPhone, between iPhones, and between Macs and iPhones. When Apple finally allow video chat on the iPhone, and they will, it will be fantastic. But I don’t think they’ll do this tomorrow, for a number of reasons. Considering Apple has not even mentioned video to developers, who are building apps for the 3.0 release, and considering not one developer, or any “reliable” source has even so much as hinted at the possibility of video chat capabilities, I have my doubts. Then take into consideration the already overloaded 3G networks of AT&T and others due to the amount of bandwidth-hungry iPhone owners out there, and imagine what an influx of thousands of 2 way video calling iPhone owners would do…

I really would love to be proven wrong on this one – I want video calling on my iPhone. The US market, in fact, doesn’t always notice how commonplace it is in Europe and elsewhere – in the UK, the 2 phones I owned before my iPhone 2G both were capable of video calling. That was FOUR years ago. Yet, in the UK especially, video calling on phones has never taken off as it should have. It will be Apple who get the world speaking face to face on a phone. But to do that will take time. And my gut feeling is we’ll see that next year. Not tomorrow.

Oh, and that “spy shot” above? Gimme a break. The Ui while you’re in a video call will never be as cluttered as that. Expect something as minimal as the current audio call screen, without the large “merge, number keypad, mute, etc” icons overlaid.

A couple of Sketches

I decided to do a few quick sketches of what I reckon the new iPhone may look like based on the rumours that have been circulating. I sketched them on paper because 1) I didn’t have enough time to do anything in Photoshop, 2) I can’t use Maya to save my life, and 3) If I made them look at all realistic I would get at least 5 haters shouting FAKE – PHOTOSHOPPED. So, here are my honest, simple, quick sketches of how very similar the next iPhone may look. 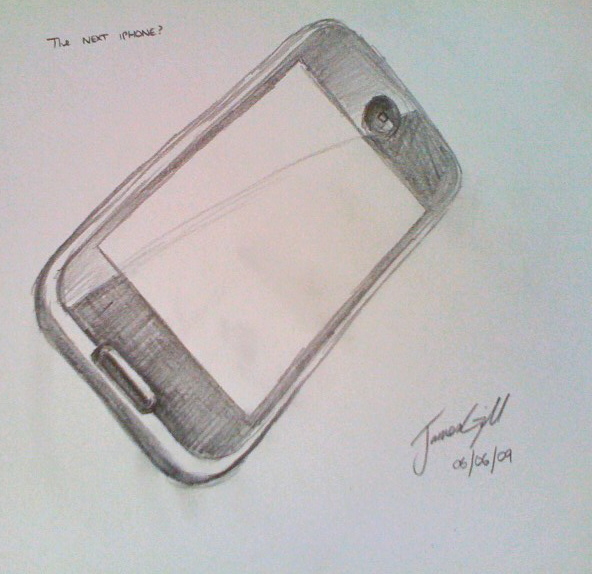 And another, the Leopard style dock, in retrospect, won’t happen. 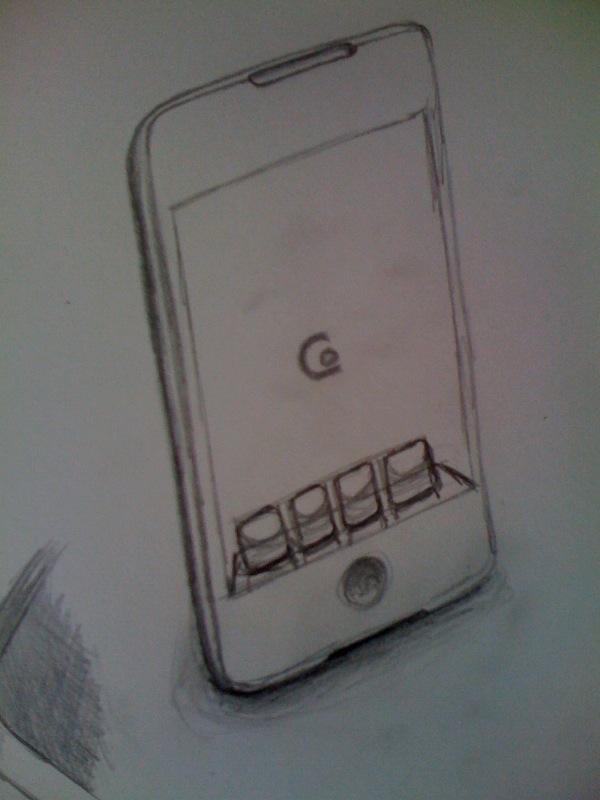 I know Apple applied for a patent on this last year. To be honest, I’m not entirely sure why – Microsoft (gasp) have had a start screen like this for years. Either way, I want Apple to implement the option for me to see what’s happening today on my Unlock Screen. If not, I may consider jailbreaking. 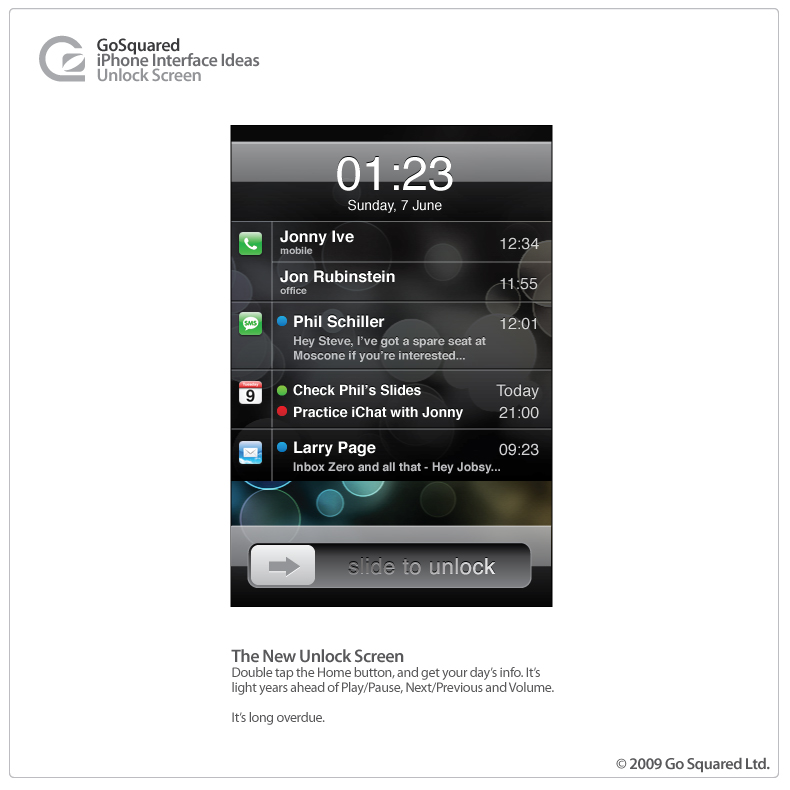 Hope you like the suggestion, Apple. And I hope we’re pleasantly surprised by the announcements tomorrow. Heck, I haven’t even mentioned Snow Leopard. Although, then again, neither has Apple. Except one very nice banner.