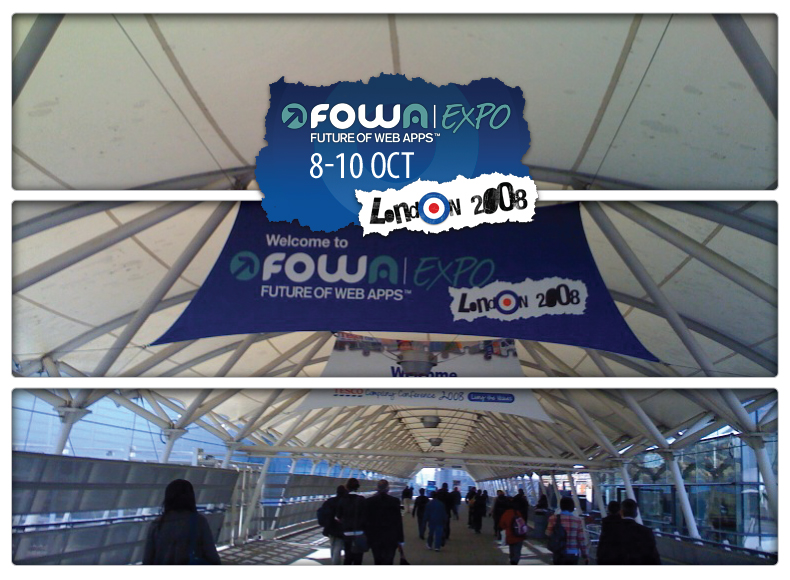 Wow this post is long overdue but here goes anyway! A few weeks ago we attended the popular Future Of Web Apps Conference at London’s ExCel, two busy days of mingling with like-minded tech enthusiasts and web entrepreneurs, drinking free beers sponsored by Google and Facebook, and attending various lectures on all that is important to web applications. Oh and of course, gathering free stuff. Lots of it!

The event was magnificently organised by the friendly people at Carsonified, who had brought in speakers from 280North, Digg, Google, Revision 3, Twitter, Yahoo… the list goes on. If you were unfortunate enough to miss the event, you can catch the lectures online at the FOWA video page. Between lectures we explored the floor, meeting countless numbers of people and introducing them to GoSquared, who we are and what we do, whilst giving them free special edition copies of our Help Sheets which by general consensus proved to be extremely popular.

Conference day two ended on a high note with a live Diggnation and afterparty sponsored by Facebook! We were fortunate enough to arrive just as they ran out of room in Diggnation… dayum! Luckily, Ryan Carson (head honcho at Carsonified and all round nice bloke) managed to sneak us in through the side door… but shhh – many people were turned away. To be fair, we did have conference passes. 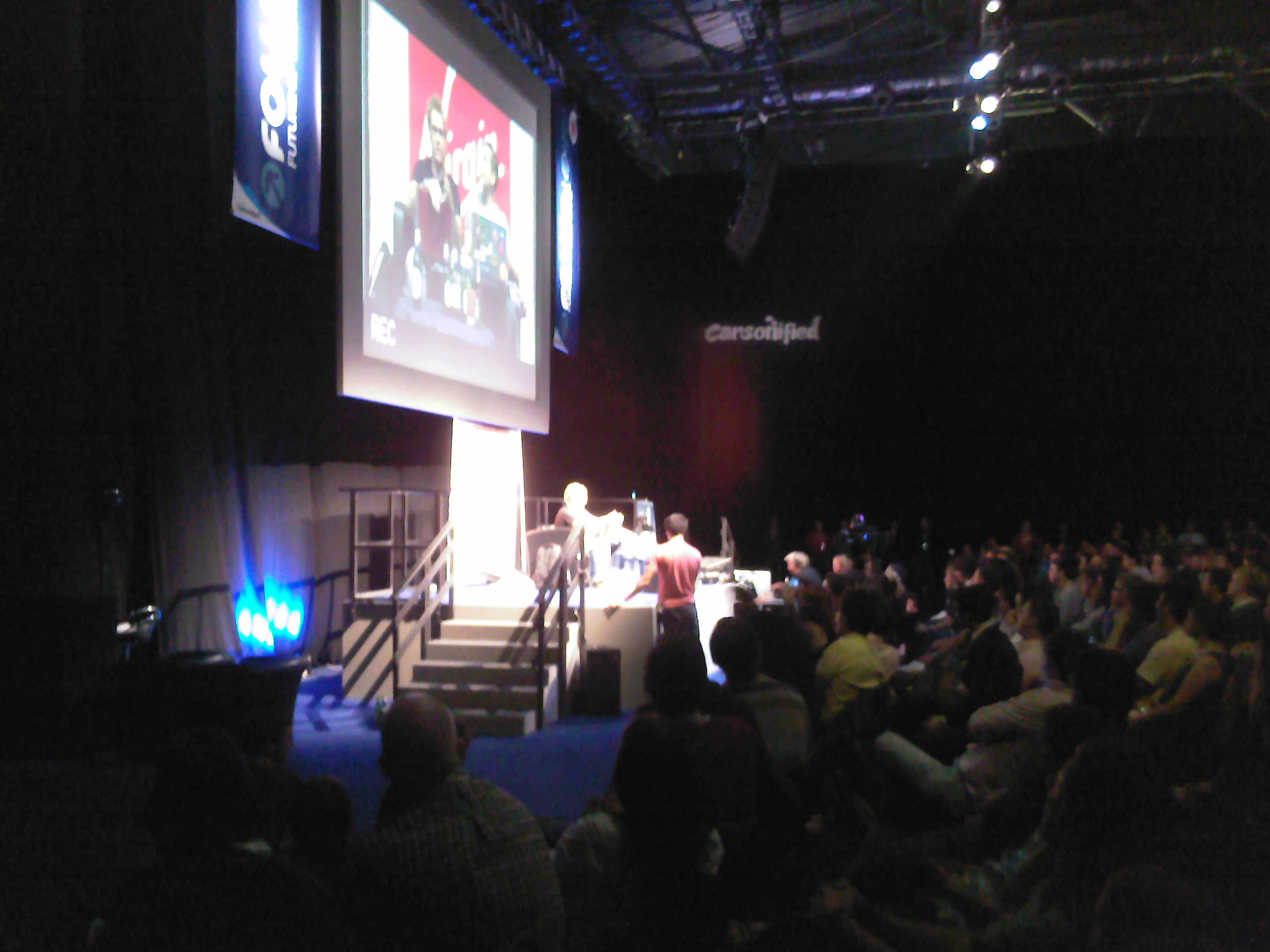 OK, fine they weren’t premium seats… or seats at all for that matter, but hey, it’s still a live Diggnation.

The lively after party was held at the nearby bar, Fox’s. Beers were on Facebook and we seized the opportunity to meet the Diggnation crew in person. We’d like to extend our thanks to all of the Carsonified team and a special thanks to all the cool people we met!

If you didn’t get a chance to attend FOWA this year, you should seriously consider in the future. The event should return at roughly the same time next year to London, so look out for it! Carsonified hold conferences all around the world – in New York, Miami, Paris, and more, so there should be an event within 5,000 miles of you soon! 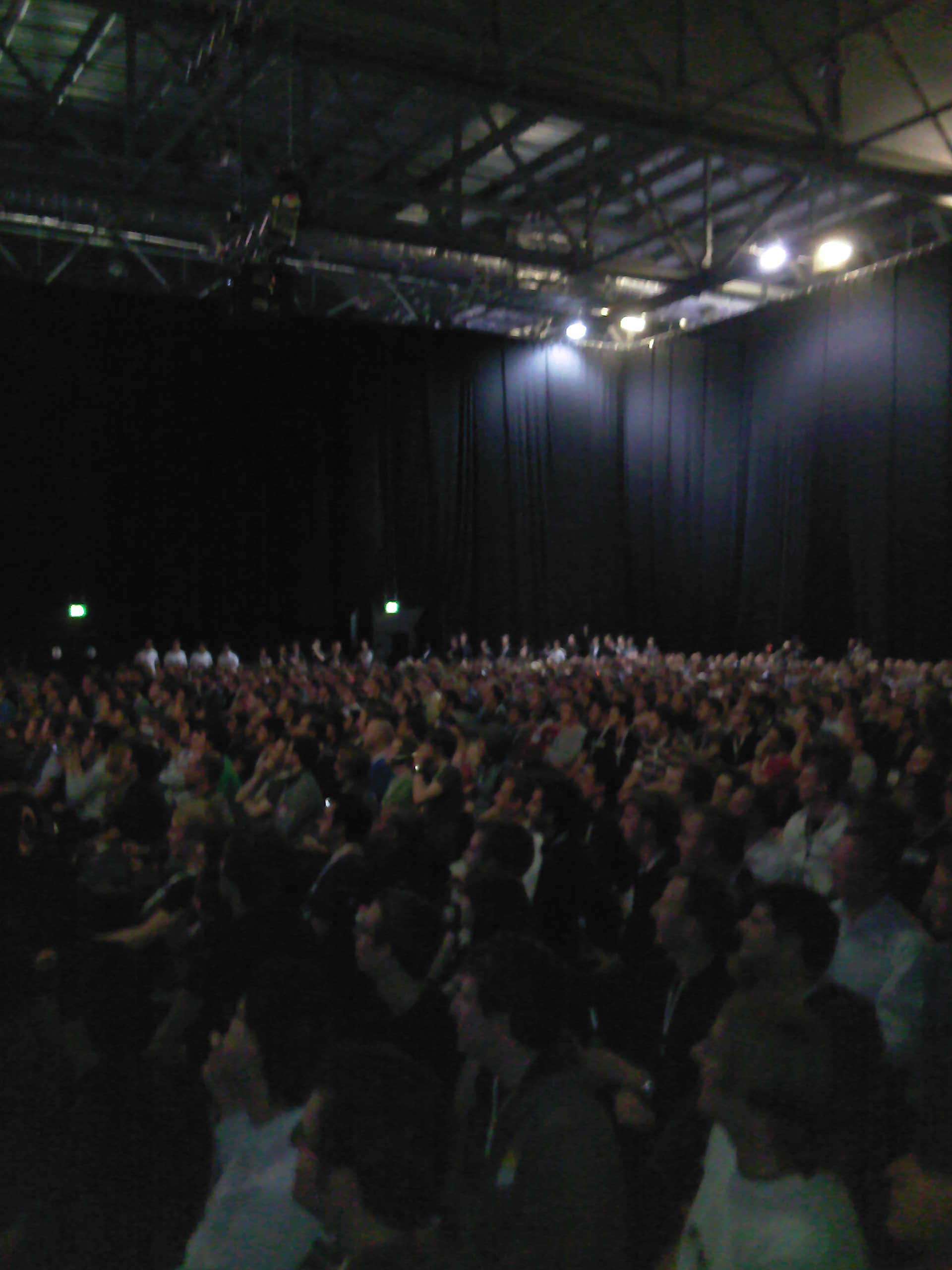 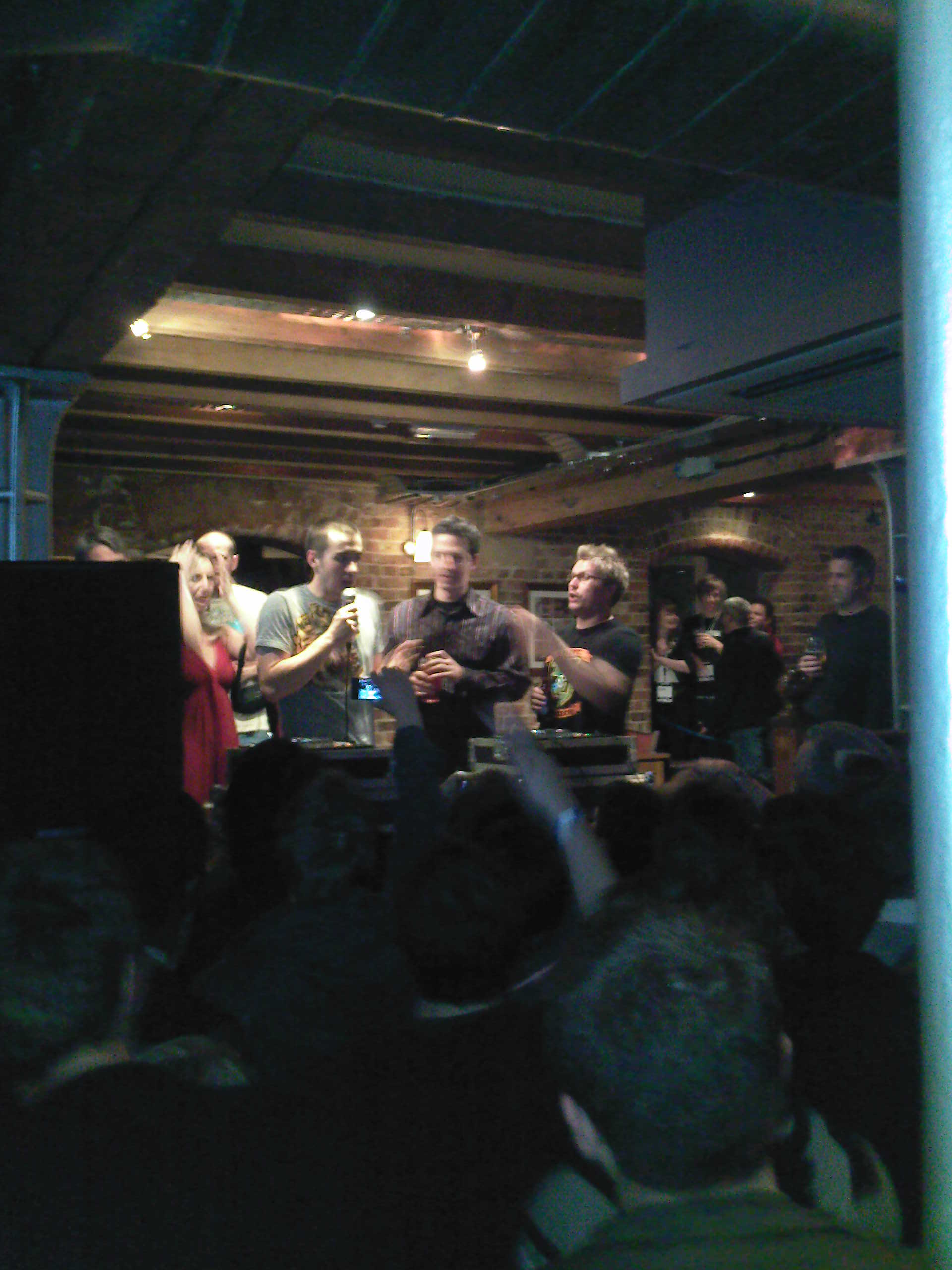 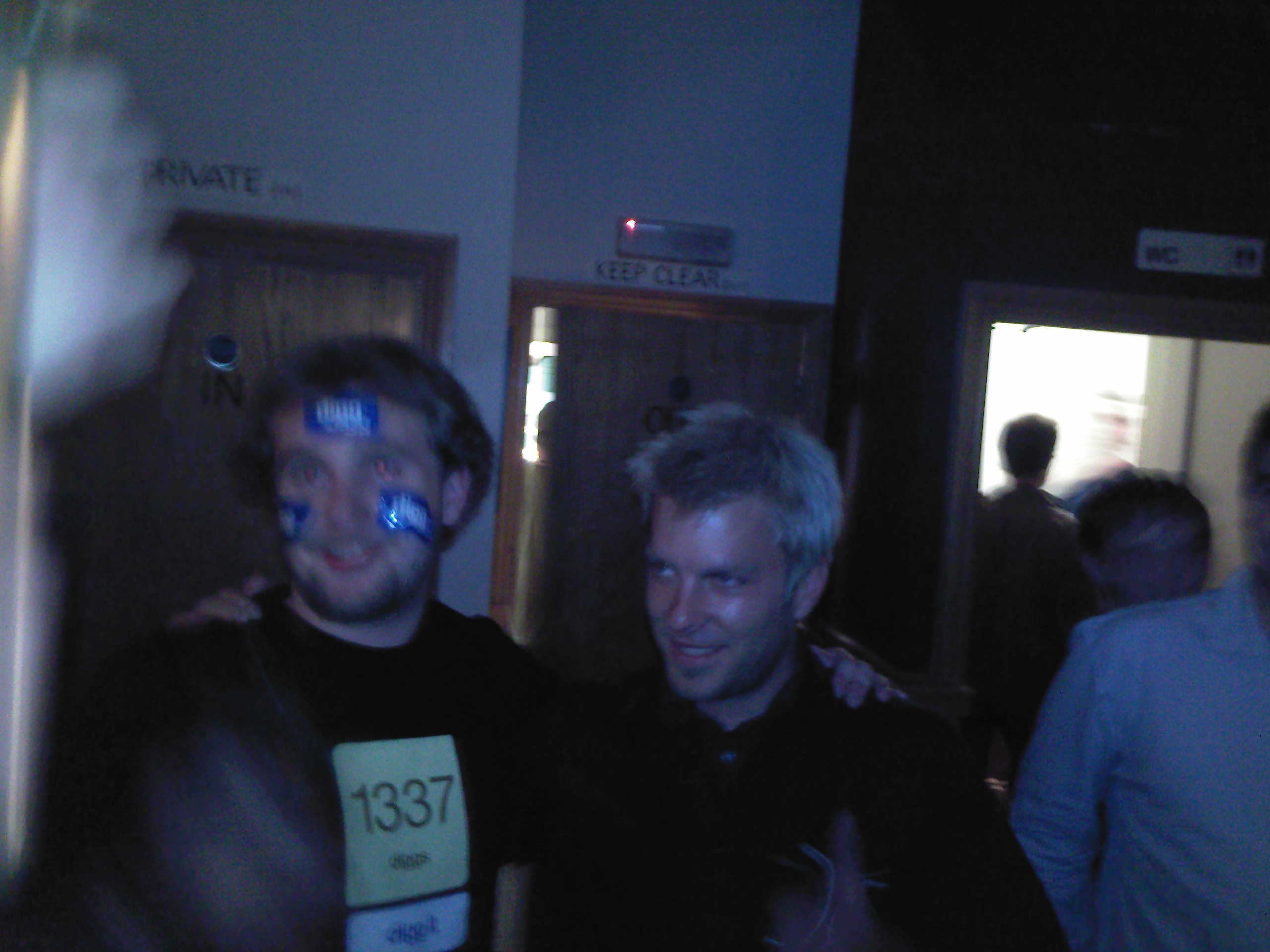 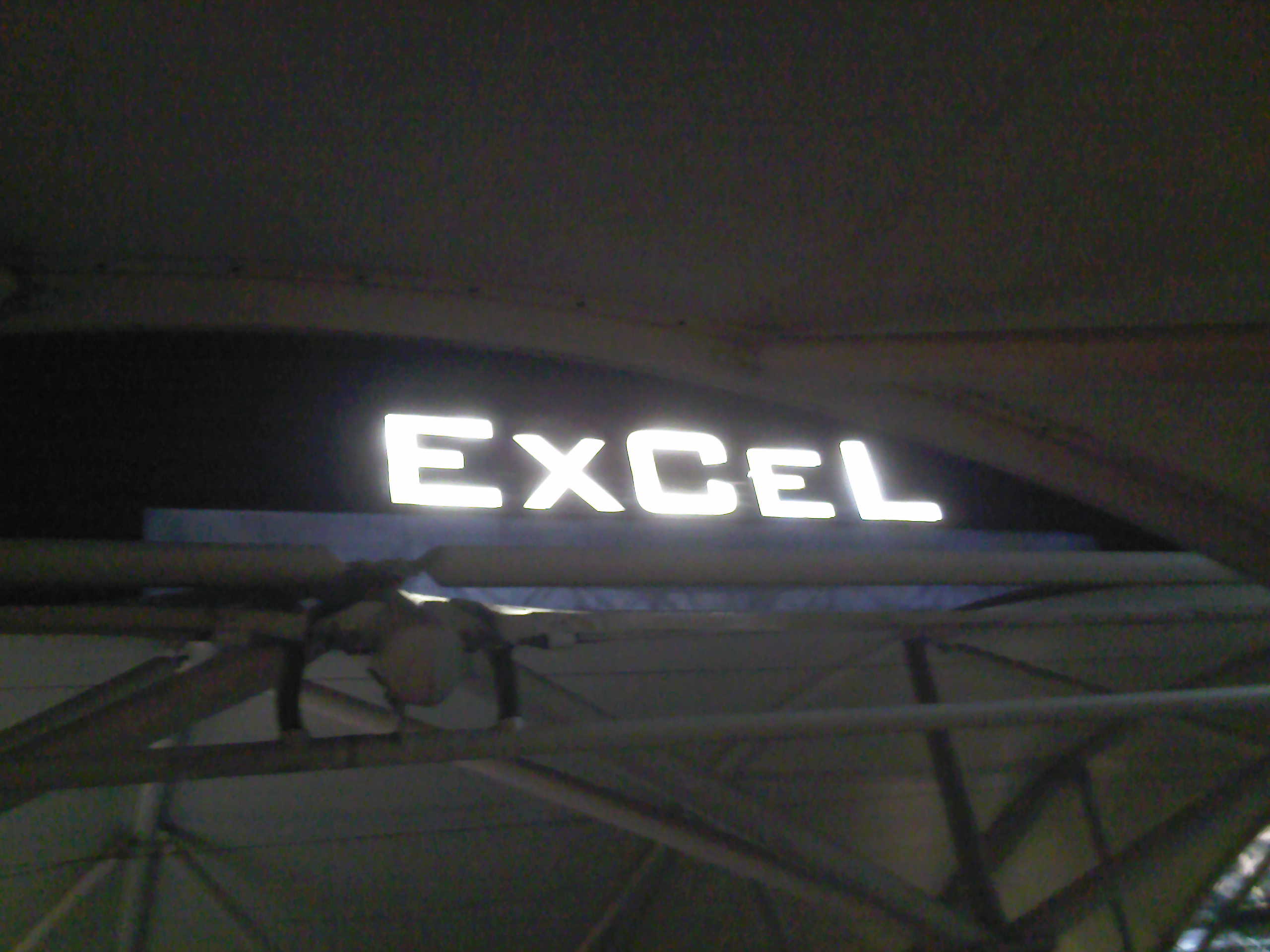 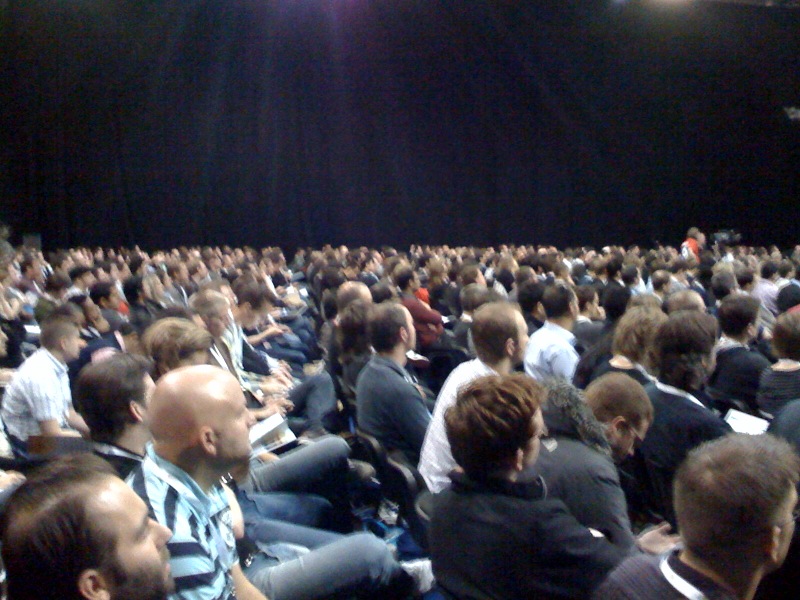 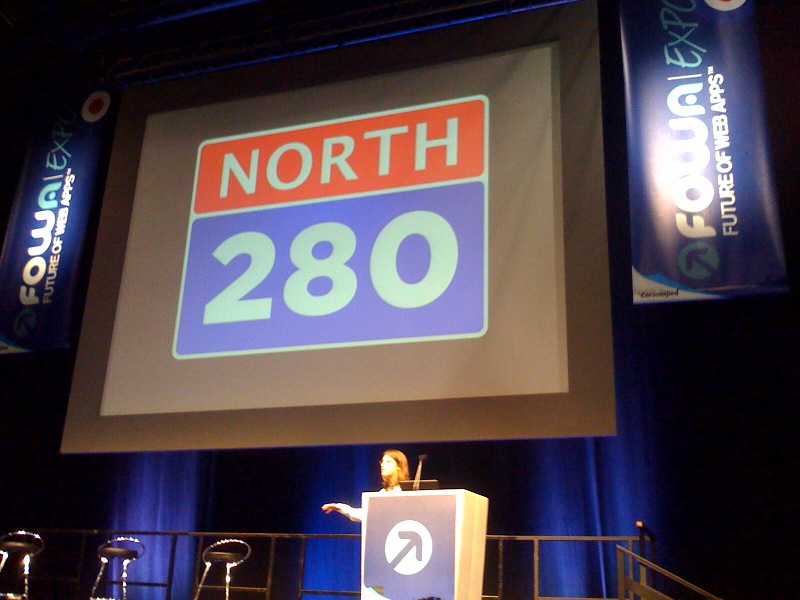 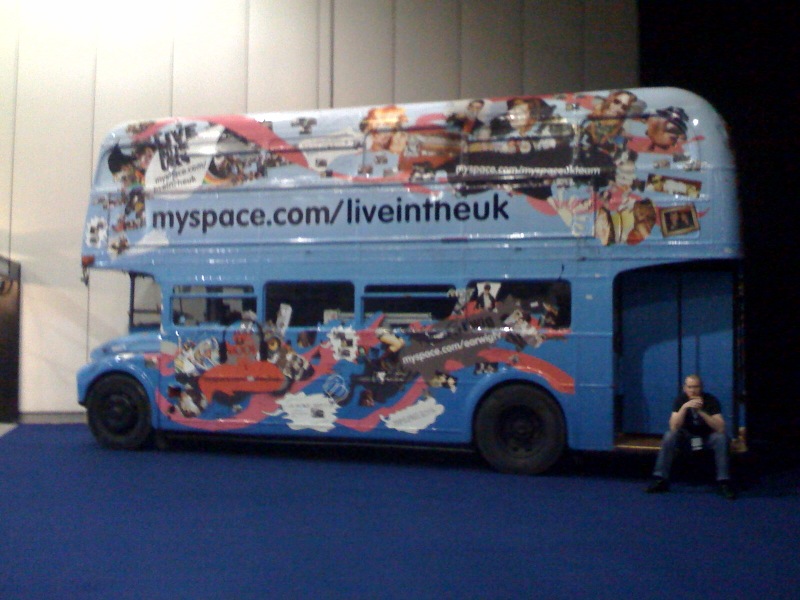 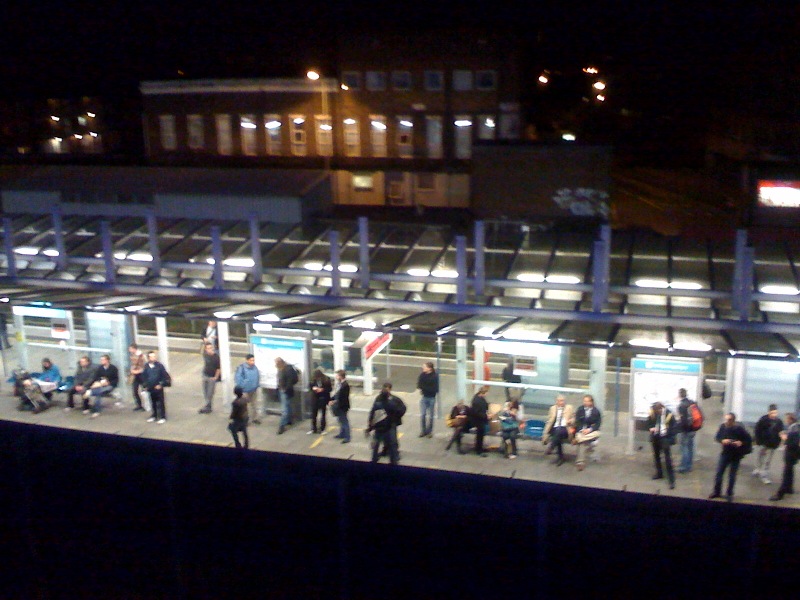 * Apologies for the less than professional quality photos. We have a number of excuses for that, including (but not limited to) our only camera being an iPhone, and the availability of free beer.