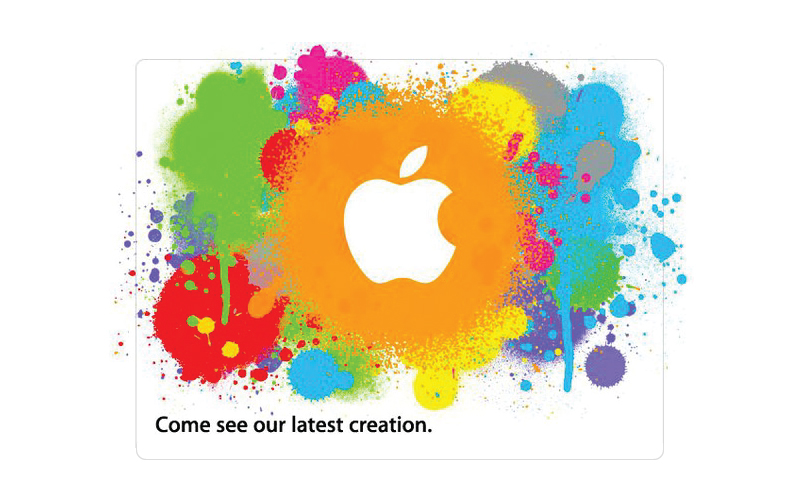 It seems pretty clear that the future of Apple (and general human interaction with computers) is touch based.

Apple’s responsible for kickstarting the touch screen revolution with the iPhone, so why would they do anything other than push themselves as far as possible along the trajectory they’ve already begun? When you consider the possibility of Apple building a device that not only sits alongside your iPhone, but replaces your MacBook, the game changes. Whatever Apple’s tablet finally shows up as, I’m pretty sure it’ll be more “this is the end of keyboard and mouse computing as we know it” than “oh it’s a big iPhone”.

Many people seem to assume that the keyboard and mouse are here to stay for the foreseeable future, and one of the main reasons they cite is that you can gain pixel level accuracy with a mouse and cursor. The tablet, if it becomes the MacBook replacement many have suggested, will not rely on finger input alone. Sure you’ll never need anything more than your fingers (on both hands) to use the device, but I think there are a number of scenarios where using a pen or stylus (or whatever you want to call it) could be incredibly useful.

The Tablet is to Production what the iPhone is to Consumption.

Artists may not be the core target audience for the Tablet (or at least that’s what I thought until seeing the invite), but when you consider how many creatives purchase Wacom graphics tablets, and that Wacom can can be the size of company it is through selling graphics tablets alone, this market segment is not insignificant. Perhaps my opinions are swayed being the graphic designer I am, but having a 10″ Tablet that I could draw directly on with a beautiful aluminium pen would make my life considerably better – I could save a fortune on Moleskines.

With regards to text input, I don’t think I should even begin to pretend I have worked out what Apple has decided upon. After 4-10 years of development time, text input on the Tablet could be a completely new concept, or (more likely) a very smart implementation of text input that we’re already at least slightly familiar with. My guess is that we will see handwriting recognition in some form, and if so, likely not see an onscreen keyboard. Just as Apple encouraged the use of the mouse over the keyboard with the first Mac, whatever they perceive as the best method of text input, we will likely end up being forced to use.

As many have already pointed out, text entry on a 10 inch display is not the same as text entry on an iPhone-size display. The iPhone is designed to be used with one hand free, and only rarely requires both hands for efficient use. The Tablet will likely require both hands for operation at most times – one to hold and one to touch the screen when in portrait mode. 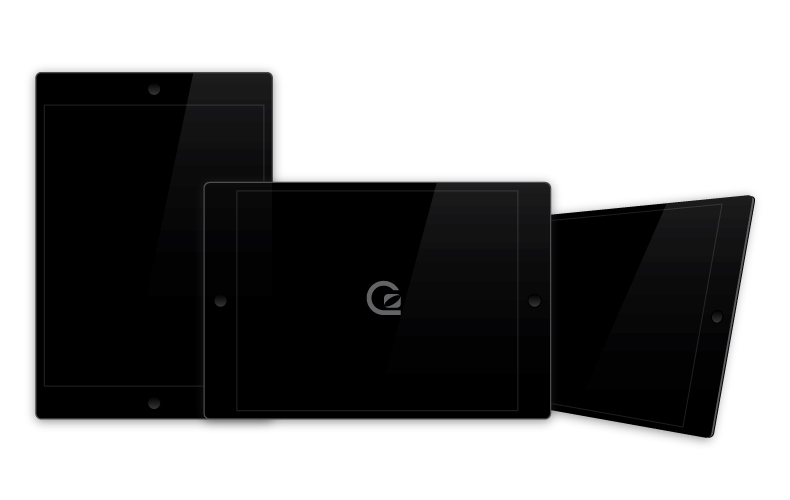 The Eyes and Craziness

Apple filed patents a while ago on some very interesting technology for tracking the position and focus of the user’s eyes while using a screen based device.

I know, I know – Apple files hundreds of patents and only a small fraction ever make their way into actual products, but this level of interaction with a device will happen some day. I don’t have anywhere near enough technical expertise to say how possible this is in todays world, but I feel it’s still a few years off. On the other hand, I would have said the iPhone’s multi touch interface was still a few years off until seeing it at MacWorld 2007.

Despite it likely still being several years away, I would still like to share a few thoughts on the possibility of such sci-fi technology in the Tablet.

Perhaps not the most obvious or useful to the user, but advertising and the monitoring of successful ad campaigns could become a completely new science – where actual ad views rather than mere impressions could be targeted. Apple’s recent purchase of the mobile ad firm Quattro indicates their intentions for the advertising market. Apple already has a head start over many others with it’s unique ability to know more information about every one of their customers than any other phone company in the world. Add eye tracking to location, credit card details, and knowledge of each user’s iTunes purchase history and Apple have one heck of a tempting prospect for potential advertisers.

Using the eyes to focus on parts of the screen could unlock a whole new dimension in interface design and interaction – if anything near this level of technology were in such a device, it would a) be extremely difficult to efficiently develop applications for, and b) require a lot of thought and the invention of new metaphors that would need to be learned by the end user. I like to dream of the possibilities though – combine touch and eye tracking: start dragging an item and all you need do is look in the direction of its intended destination and that destination instantly makes its way towards the item; look into the corner of the screen and get an ExposÃ© style view of all windows.

But none of this eye tracking stuff will happen soon. I’m just dreaming. It may some day. But there’s no way anything this advanced could be ready for mainstream adoption yet. 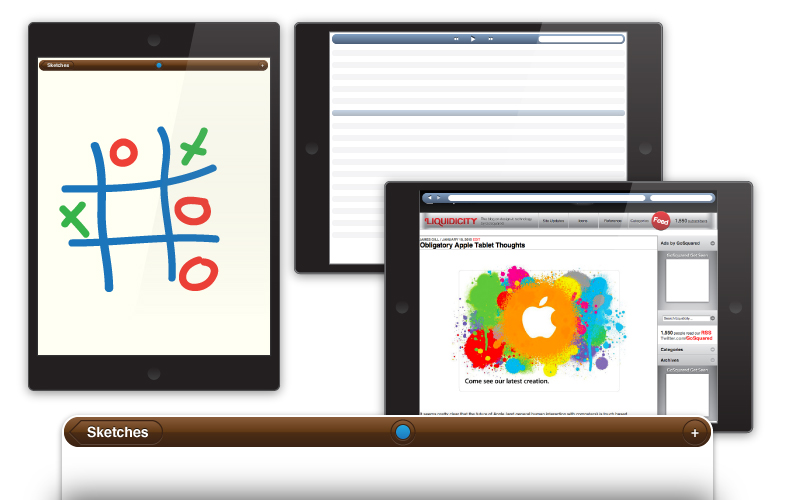 Back to the Future of Touch

Stylus operation isn’t out of the question, as I mentioned earlier, and as anyone who has ever attempted to draw on the iPhone will likewise be hoping. However, there’s absolutely no doubt that Multi Touch is going to take a major leap forward upon the introduction of the Tablet.

Two fingers? Pah! The Tablet will recognise the difference between each of your fingers, and when you’re resting your wrists on it while writing and sketching. It will even know some unique hand gestures (no you can’t shut it down by giving it the middle finger) but it will likely be capable of realising your pinky finger is flat against the screen and similar actions that will enable a multitude of advanced functions with the best pointing implement known to man – your fingers.

Another recently aired Apple patent covered the manipulation of 3D objects on a 2D surface. Delving into the possibilities there would almost certainly require a short novel to be written. Or perhaps waiting patiently until next Wednesday will better satisfy our curiosity.

That’s enough of my thoughts though, let’s get down to basics.

Pretty sure the Tablet is… well… a Slate of beauty – likely aluminium and glass. 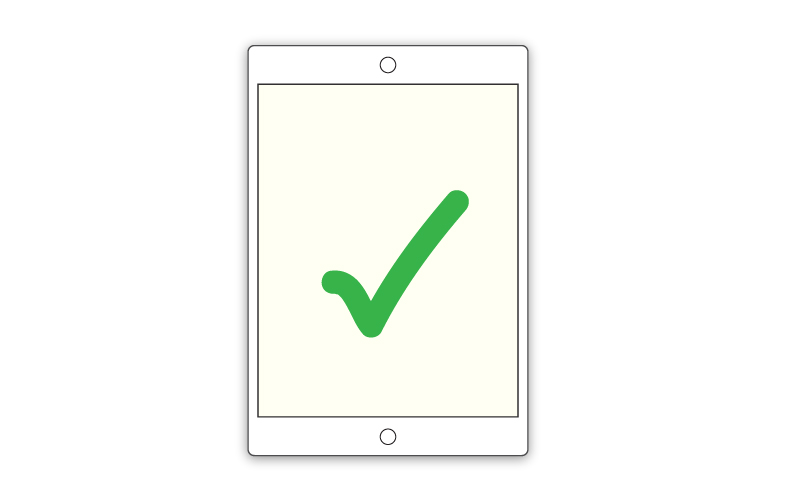 You’ll be able to use it Portrait AND Landscape: 100%

Just incase there was any confusion there… 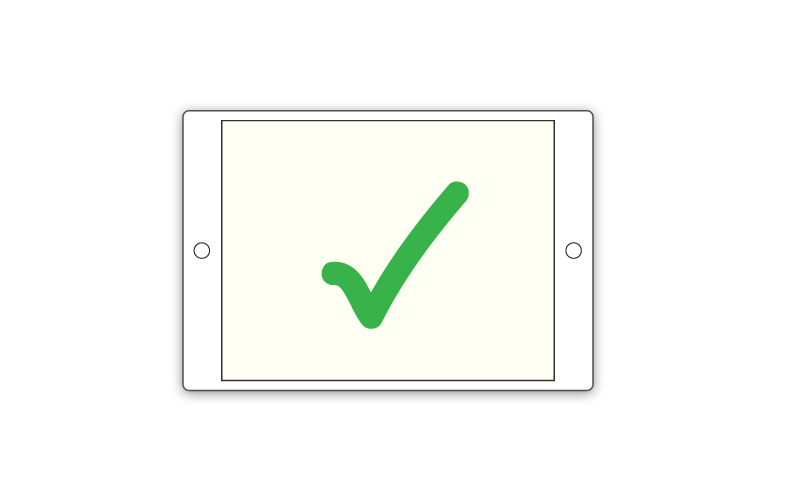 Two screens = Too expensive. And fiddly. Really can’t see this happening in any way.

How could you even suggest such an atrocity upon humankind? 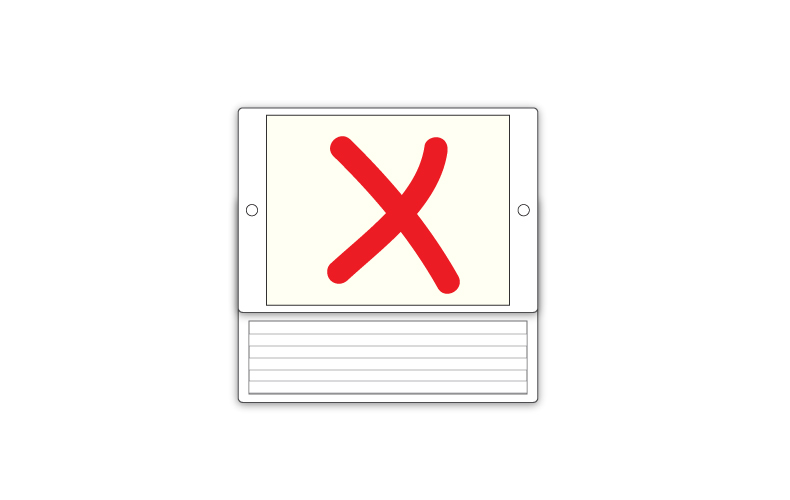 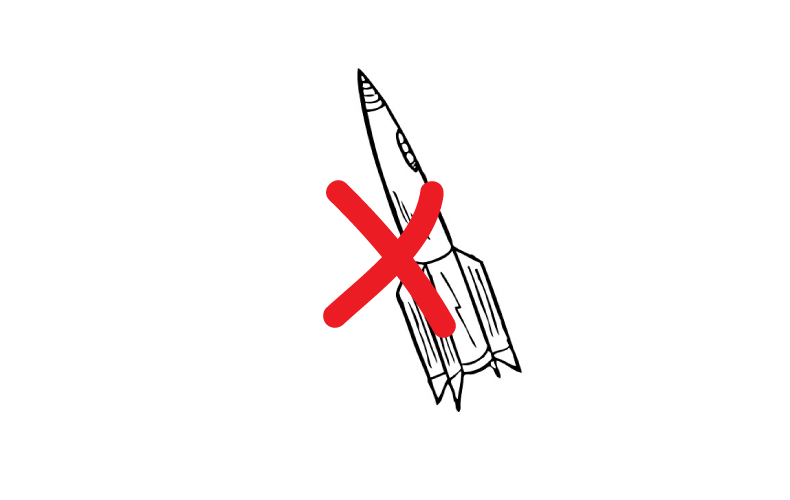 We’ll be on the Apple.com Store entering our credit card details before we know it. 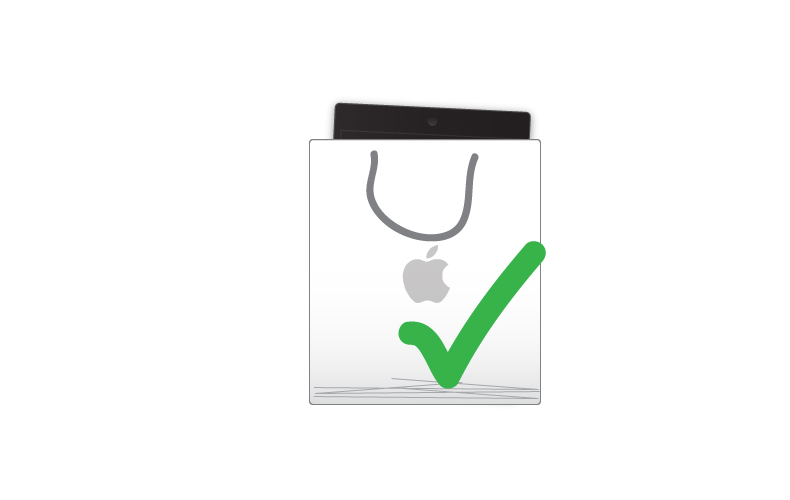 Not long to wait now. Bring on Wednesday 27th.