Often when I hear people talk about their team “culture”, I come away with a murky image of what working for that team would actually be like.

Descriptions quite often seem to involve ping-pong tables, free beer, or other things, that I would normally categorise as perks rather than culture.

With that in mind, when a friend asked me why I love working for GoSquared I thought – “What is the best example of my feeling for the company rather than the things that I get from it?” immediately thought about a little thing we do at the end of each week, that demonstrates our culture perfectly – Team Praise.

How does team praise work?

Every Friday afternoon, after our usual business direction discussions, we take it in turns to pick a single member of the team to give praise to.

Praise can be for anything from the shipping of a new feature, to a well-written blog post, to some personal assistance given when figuring out some obscure PowerPoint problem. We pass a ball around and each of us in turn just takes no more than a minute to mention something great or impressive or inspiring that someone else did that week.

“I’m going to give my praise today to Brennan. Despite having a tonne of other things to do, he somehow found the time to work with me on that training deck for our latest customer. It ended up being pretty awesome and wouldn’t have happened without him”

I think I’m going to be sick…

If you’re thinking this all sounds a bit too cheesy – so did I when we first tried it.

More than a few of us have a strong sarcastic streak, so the idea of saying something genuine and thoughtful, free from cracking jokes seemed like a stretch. Sure enough however, as the next Friday came around I couldn’t help but get excited for the next team praise. More often than not that excitement is not coming from a narcissistic joy of being showered in compliments, but instead from the knowledge that there would be time dedicated to sharing my admiration for someone else.

Often we think this sort of praise is unnecessary — “Of course X knows I think their work on Y was amazing”. In my experience, working in a fast-paced team rarely affords the benefit of this and can often inadvertently leave small tensions or disagreements lying around.

Setting aside time for praise gives you a chance to reshape tough events of the week, and inject a retrospective respect and care for the people involved. Having had the feeling of being stuck in the trenches, working to get a feature out, hearing that a team member noticed this and thought it was awesome changes the memory of that experience for the better.

Focus on the individual

After trying this out for a few weeks, we realised it was important to limit praise to just one member of the team each. Partly this is to keep to a reasonable time, but more importantly it gives more weight to your words.

Initially, it feels like you should say something nice about everyone, but it quickly dilutes the individual statements and leads to a lot of repetition. It’s quite common, that I will choose to praise someone for work that only I am fully aware of. The rest of the team gains an awareness of their otherwise-hidden work and hopefully gives a boost to that person, who worked their backside off.

Dedicating time for this forces you to think hard and acknowledge the incredible work that goes on in your team – hard work that often goes unmentioned.

It breaks down barriers between colleagues and gives focus to individual achievements that aren’t profit- or product-driven. It encourages you to work extra-hard for someone since you know each week that the work you do means more to them than just meeting deadlines.

Next time you review the week with your team, try giving out some praise. The only thing you’ll regret is not doing it sooner. 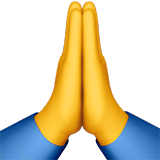