With the first day of December bringing the start of advent, it also marks the end of another Movember.

The Mos have returned with a vengeance. Team MoSquared once again accepted the challenge to grow moustaches and to show them off with pride at every opportunity. You can see a photo of this year’s team effort below.

Over the last thirty days, the Mos have been seen less as an irrelevant accessory or attractive piece of facial hair and more as fully-fledged members of the team, spreading the good word of MoSquared at every opportunity. The Mos and their minders have attended sales meetings, gone to conferences, visited family members, celebrated birthdays, looked after dogs and kept MoSquared in tip top shape.

Growth across the team has been strong. Andrew, Simon, Hugh and James have cultivated their Mos with care and attention. 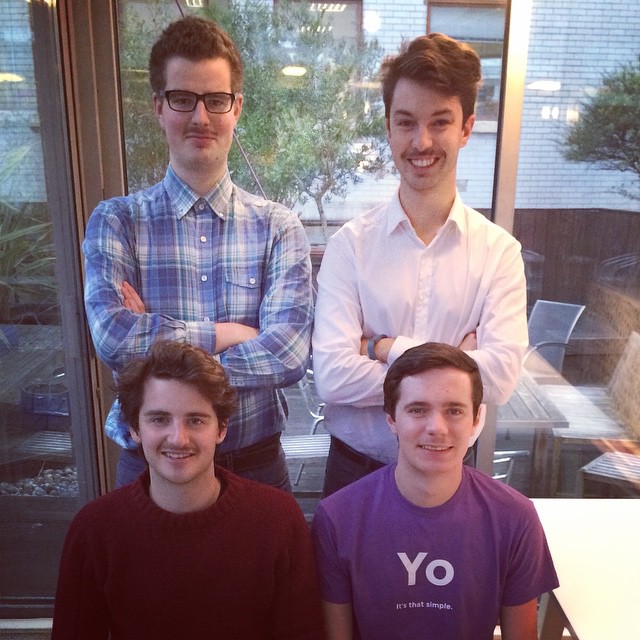 Unfortunately, this Movember one Mo did not make it. One of the Mos became an ex-mo before the month was up. The Mo was inexplicably separated from its minder in Las Vegas. Details surrounding the Mo's disappearance are murky at best. It was last seen in the lobby of The Venetian Hotel, purportedly to attend a tech conference. Rumours that that the Mo was used in exchange for a plea bargain have been circulating at White Bear Yard. MoSquared can neither confirm or deny these reports.

I’m delighted to report that MoSquared has –at the time of writing– blown past the 2013 total and raised £355 for Movemeber. This year, Movember is supporting a range of groundbreaking research aimed at providing tangible improvements in the lives of men dealing with prostate cancer, testicular cancer and mental health. The whole team sends their heartfelt thanks to everyone who has donated to MoSquared this year!

In 2014, we kicked our fundraising efforts up a notch with rewards and goals. There was some very exclusive swag up for grabs and there is still time to grab a signed photo, 30 minutes of Mo time or even a limited edition MoSquared T-shirt.

If you haven't yet sponsored the Mos, you can do so on the team page here.